A step toward creating an impartial, comprehensive and searchable national database of people killed during interactions with police 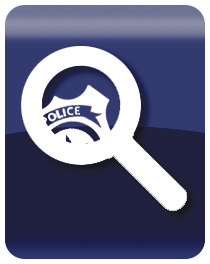 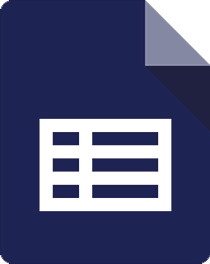 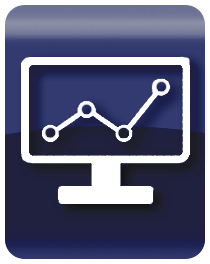 As many of you know, I’ve been working on a large project with a multi-disciplinary team at the University of Southern California. The results are the National Officer-Involved Homicide Database and are available for download. You’ve got to sign the agreements to download. Just click the USC logo. Check out the codebook. It’s amazing.

June 18, 2020: Let me say this clearly because I’m spending way too much time on social media explaining what we do, and it distracts from the actual collection of the data: We try to document all deaths that happen when police are present or that are caused by police: on-duty, off-duty, criminal, line-of-duty, local, federal, intentional, accidental–all of them. We enable people to filter out the deaths that they aren’t interested in examining. There is at least one team that is only analyzing the police-related suicides. There’s another group that only studies teenagers who die during police pursuits. The idea is that the data is here for anyone who needs it for whatever reason they want it. Also, please kick in. We make the data free for everyone, but it’s not free to collect. If you think the work is not important, remember, people believed the government assertions that fewer than 400 people annually were killed during police actions until Fatal Encounters proved otherwise.

Users of this website should be aware that not much about the Fatal Encounters project happens on the website. We’re researchers, not bloggers. It’s primarily a delivery method for the data on the Google Spreadsheet that’s linked to below. It’s also great for professional and more informal researchers to download smaller datasets. Just go here, make your selections, and then explore the results or click the button to download a spreadsheet.

The main Google Sheet is available for download right here. Just go under File > Download as > pick a format. We recommend downloading as csv. It wouldn’t hurt any to read our caveats here.  A quick word about the data: At over 30,000 records, it’s tempting to consider this a comprehensive dataset. It’s not. While we completed the systematic states-by-year searches of the United States on November 3, 2017, we know we’ve missed some. This set was never intended to do anything except identify the names, demographic information, dates and locales of the dead and to give us direction for categories that needed further research. It is our intention to go deeper in areas we’ve identified, but this is still a first draft. The next upgrade will include “threat assessment” columns, including Armed/Unarmed, Alleged weapon, Physical movement, Fleeing/Not fleeing. We’ll continue to do the weekly updates (at minimum, although its usually more like six time a week). If this dataset falls short of your expectations in any way, contact your representatives. Local, state and federal agencies don’t require collection of complete data regarding the numbers and characteristics of people their employees kill because they don’t want citizens to have access to transparent and verifiable data. The State’s reasons for this are opaque.

“The nation’s leading law enforcement agency [FBI] collects vast amounts of information on crime nationwide, but missing from this clearinghouse are statistics on where, how often, and under what circumstances police use deadly force. In fact, no one anywhere comprehensively tracks the most significant act police can do in the line of duty: take a life,” according to the Las Vegas Review-Journal in its series Deadly Force (Nov. 28, 2011).

This site is founded upon the premise that Americans should have the ability to track that act.

Fatal Encounters intends to help create a database of all deaths through police interaction in the United States since Jan. 1, 2000. We are not a finished product. We’re just the first step toward creating an impartial, comprehensive and searchable national database of people killed during interactions with police. We expect other media organizations, law enforcement, universities, artists and activist groups will advance our work, and that’s why we let anyone use the data for any reason for free.

This site will remain as impartial and data-driven as possible, directed by the theory that Americans should be able to answer some simple questions about the use of deadly force by police: How many people are killed in interactions with law enforcement in the United States of America? Are they increasing? What do those people look like? Can policies and training be modified to have fewer officer-involved killings and improve outcomes and safety for both officers and citizens?

And finally, a word of thanks. This project owes a great debt to the many volunteers and paid researchers who got us this far. Carla DeCeros’ volunteer work was amazing. She did the initial work on more than 20 percent of this data. Walt Lockley also did incredible work, completing research on several key states. Christopher Cox did the bulk of the work on Texas. I can’t begin to mention all the people who contributed, but those three moved the data collection ahead by years. We’ve also had many funders who came forward when we desperately needed help, but two especially deserve thanks. Jan Schaffer, executive director of J-Lab: The Institute for Interactive Journalism enabled us to move from a primarily crowdsourced, volunteer project to a more professional effort with a $12,000 grant. Our largest individual funder has been Jeff Moe, and his contributions have meant the difference between moving forward and shuttering the project.

I’d like to thank Brian K. Finch and the amazing multidisciplinary team I work with at the University of Southern California, where I’m a part-time researcher. While the USC work doesn’t directly fund Fatal Encounters Dot Org, some of the work funded by USC and the Eunice Kennedy Shriver National Institute of Child Health and Human Development, NICHD R01HD093382, will eventually appear in the Fatal Encounters dataset, particularly imputed race data, police agency ORI numbers to enable researchers worldwide to merge with other national datasets, and data regarding weapons and motion threat levels.

In addition, I’d like to thank Dan Perkins, Tom Tomorrow of This Modern World, for giving us permission to use Officer Friendly as spokesman since 2014. Officer Friendly was put on paid administrative leave for unspecified reasons on July 8, 2020. Public Information Officer Derek Banall, designed by Keith Knight of the K Chronicles and (Th)ink, accepted the position on July 14, 2020. Thanks, Keith.