How the media misleads on police violence Part 2 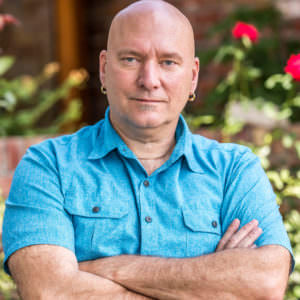 My last post was called “How the media misleads on police violence Part 1,” and it regarded ways the media (and government) effectively prevent people of this country from having a clear idea about police violence. Its summary statement was, “the first way the mainstream news media fails to inform the public about the true scope of deadly police violence  is that they underestimate deaths by 18 percent, and they fragment the data so a normal person can’t piece it together.”

For lack of a better term, I think of those issues as sort of “mechanical.” In some ways, they relate to media competition, inertia, and an antiquated view of data in the context of the internet.

This post relates to the psychological. It also relates to how the internet upended the way we think of police violence.

Let’s go back to 1990, more or less pre-internet. It’s pre-Rodney King video and a decade before smartphones. In those days, the world was a smaller place. People were more concerned about local issues, and they got their news from the daily newspaper and the local nightly news, which was followed by the national news. CNN was 10 years old. USA Today was 8 years old. Myspace would be founded in 2003.

In those days, if a police officer killed someone, it was purely local news. It was usually a one- or two-day story. You don’t have to take my word for it, pay the $75 to Newspapers.com, and you can peruse large images of the actual newspapers. But, assuming you read a local newspaper or consistently watch local news, you can save the 75 bucks, because officer-involved deaths are handled in the same way today. They’re local news. They get one or two days of coverage. And 99 percent of officer-involved deaths don’t get reported outside the region.

So our perceptions of the numbers of people killed by police were defined by local news. In an area the size of my hometown, that was about three deaths per year, up to nine stories a year.

But if a police officer was shot and killed, it was and is generally on national television news. It may or may not make the local newspaper outside the region where it happened, but locally, it’s a seven-day story with follow-ups months or even years down the road. I’ll use a local tragedy to illustrate what I mean. Often, there is  a first-day story with few details: officer killed, location, probably an agency but no name for the deceased. The second-day story would fill in many details and would probably include information about the search for the killer or his demise. Third day, the effects on the agency or department with more details about the officer. Fourth day, a backstory about the officer and help for the officer’s family. Fifth day, an advance funeral story, “People will gather today for the officer’s funeral.” Sixth day, a funeral story about the thousand mourners who attended. Seventh day, a story about some of the officers who came from a long distance to memorialize the dead officer.

That suggests that our perceptions of the attacks on police are defined by a combination of national and local news. Since 2007, there have been 537 officers killed by gunshots, according to the National Law Enforcement Officers Memorial Fund.  That means an active news consumer will read at least one story every single week about an officer who died in the line of duty.

Let me do a quick illustration. I went to the Officer Down Memorial Page and randomly picked an officer who was killed by a criminal. On May 11, 2017, Lt. Kevin Clyde Mainhart of Yell County Sheriff’s Department, AR, was responding to a domestic disturbance call when he encountered a vehicle connected to a call on Highway 27 and Slo Fork Road. During the course of the stop, James Bowden fatally shot him. A quick Google search yields 1,290 results with national coverage by outlets like CNN and Fox attached to the story of Officer Mainhart’s death.

On May 11, 2017, fatalencounters.org documents six deaths during police encounters: three by vehicle, one restraint death, a heart attack during a foot chase, and a gunshot. In order to be consistent with the officer-killed piece, we’ll go with the person who was shot and killed by police. He was never identified by police, but according to media reports and documents submitted to the Texas Attorney General, he was a 26-year-old, Hispanic male who went to a car dealership, Galaxy Auto Sales, and threatened employees and fired upon police when they showed up. I don’t have a name, but I have an address, 640 E. Front St., and the name of the dealership. There were five stories about this killing, all in Dallas/Fort Worth news media. All on May 11 or May 12, but not both for any media source. (Just for the sake of journalistic closure, I checked with the Tarrant County Medical Examiner’s Office, and the man’s name was Gabriel Ramirez.)

This post has probably reached the end of most people’s attention spans, so I’m going to break here and do the analysis and explanation in my next post. Suffice it say, although 9,568 people have been killed by police bullets since 2007, according to Fatal Encounters records, an avid news consumer probably read around 180 stories about them. But that same news consumer probably read or watched in the neighborhood of 600 stories about police being killed. And that statement is also true for 1.2 million sworn and not sworn, full- and part-time law enforcement employees across the nation.

And that’s where social media enters the picture.

We’ve hit the halfway point of our crowdfunding campaign, and have raised about 14 percent of what we need to operate for the next six months. Won’t you please contribute?

How the media misleads on police violence Part 1

How the media misleads on police violence Part 3